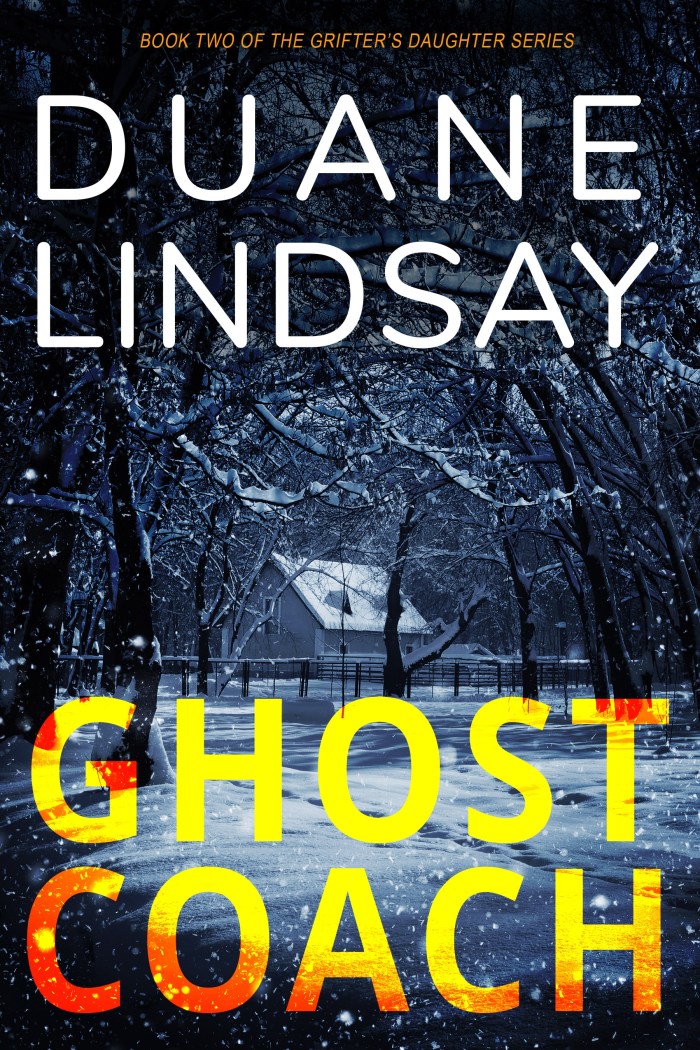 “Although I haven’t elevated Duane Lindsay to Elmore Leonard’s level yet, I think this book compares pretty well with Get Shorty.”

Hide an old car long enough and it becomes worth millions.

Leroy Logan, the world’s most notorious con artist, has been running long cons for sixty years—and this is the best one yet.

He stashed an antique car in an old garage back in the seventies and faked articles about it in magazines and newspapers for thirty-seven years. Real stories followed, about the “legendary” lost automobile.

All he needs to make this his greatest score ever is some seed money and a crew.

Of course, Leroy’s broke and his old crew are all dead or in prison, so he goes to Dani Silver, his own Grifter’s Daughter to supply both.

This time it’s not so easy…

Together they gather the crew, find the marks—and get blindsided by a crooked lawyer, a bat swinging loan shark…and fate. Scrambling to keep the plan alive, Leroy brings in a fallen priest, a gay British veteran and Dani’s most eccentric band of crooks.

With an ending that’ll bring tears of joy and sadness, the GHOST COACH is a thrill ride you’ll never forget.

There are no reviews yet.