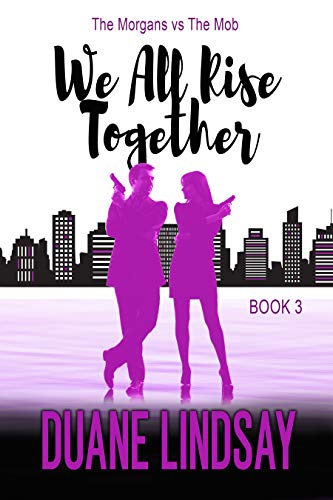 We All Rise Together

“Wow what a great read. I was on pins and needles waiting to see how the story would end. Fantastic series. Tons of action and true to life characters. One could read this on its own but is much better to read all the books in order. Highly recommend.”

A drug worse than Heroin…

Created in a lab and thought lost, if the Cartel gets it, millions will die.

John Paul Morgan has to deliver the drug before they kill his wife. Problem is, he doesn’t have it.

Now the search is on. Find it before they find her. If he does, she’s safe, but the drug will spread like a cancer.

With help from “Crazy” Ray Z, John Paul and CJ forge a deadly alliance with a former enemy  to keep the drug from the cartel. From a hidden drug lab to an abandoned desert junkyard to a Mexican fortress, it’s four against an army.

Don’t miss the exciting conclusion of the Morgans vs. the Mob trilogy.